Q.1. Among the 15th group elements, as we move from nitrogen to bismuth, the pentavalency becomes less pronounced and trivalency becomes more pronounced due to
(a) Non metallic character
(b) Inert pair effect
(c) High electronegativity
(d) Large ionization energy

Q.2. Which of the following statements is not correct for nitrogen?
(a) Its electronegativity is very high
(b) d-orbitals are available for bonding
(c) It is a typical non-metal
(d) Its molecular size is small

Answer Ans. (b) In case of nitrogen, d-orbitals are not available.

Q.3. Collectively the elements of group 15 are called –
(a) pnicogens
(b) pnicopens
(c) nicopen
(d) None of these

Answer Ans. (a) Collectively these elements are called pnicogens and their compound pniconides.

Answer Ans. (d) Metallic character increases down the group, Bi is most metallic

Q.8. Which of the following statement is incorrect for group 15 elements ?
(a) Order of ionization enthalpies is ΔiH1 < ΔiH2 < ΔiH3
(b) The boiling point and melting point increases from top to bottom in the group
(c) Dinitrogen is a gas while all others are solids
(d) All statements are correct

Answer Ans. (b) The melting point in group 15 increases upto arsenic and then decreases upto bismuth.

Q.9. Nitrogen is relatively inactive element because
(a) its atom has a stable electronic configuration
(b) it has low atomic radius
(c) its electronegativity is fairly high
(d) dissociation energy of its molecule is fairly high

Answer Ans. (c) Catenation tendency is higher in phosphorus when compared with other elements of same group.

Q.14. Pentavalence in phosphorus is more stable when compared to that of nitrogen even though they belong to same group. This is due to
(a) dissimilar electronic configuration
(b) due to presence of vacant d-orbitals
(c) reactivity of phosphorus
(d) inert nature of nitrogen

Answer Ans. (b) Phosphorous can achieve coordination number 5 due to vacant d atomic orbitals in valence shell which is not possible in nitrogen 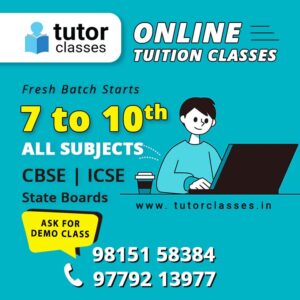